History of our traditional hotel in Tyrol

The Hotel & Wirtshaus Post has already witnessed a lot of things and doesn’t seem to be slowing down anytime soon. It is our utmost pleasure to introduce you to a brief excerpt from the history of our traditional hotel in Tyrol.

The hotel has been shaping the cityscape of St. Johann since 1297, although then it was known as “Weisses Rössl”.

In 1770 a postal station was built in the “Weisses Rössl”. As a result, the name "Zur Post" became increasingly common. Due to its location, St. Johann assumed an important transit role back in the day because many soldiers, travellers and important people of the Austro-Hungarian monarchy came to the post office or spent the night at the hotel.

The Egger group purchased the hotel, and generously renovated and extended it in 2014. In addition, the Postmarkt was opened, which was a great plus for the village. 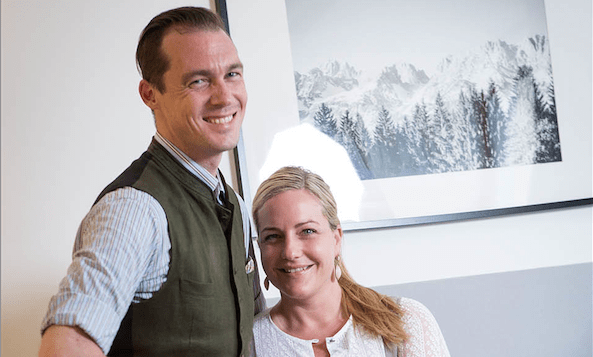 Since May of 2016 Sigrid and Maximilian Blumschein have been managing the highly traditional yet urban house. Both are passionate hosts and come from Bad Gastein. Their paths have lead them to St. Johann in Tirol and the Hotel & Wirtshaus Post, and they have tackled the new challenge with full panache.

Stop by and see for yourself the new ideas and the personal “Blumschein” stamp that has now been given to this traditional hotel in Tyrol.

Enjoy your holidays in our Hotel ...

Do you have questions?